The Television, a cultural History 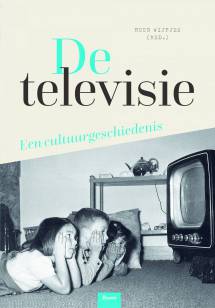 On October 2, 1951 the first official tv-broadcast in The Netherlands was seen on the approximatedly 1000 tv-sets tast were sold that year. It was a modest start for a medium that would become the dominant medium worldwide. Because of its impact on all aspects of culture it became the most debated and contested medium too.

During the seventy years history big worries were raised about the supposed negative influence on children, youth culture, politics, sport, high culture and civilization as such. Just as big was the admiration about the possibilities to spread culture and knowledge to the whole population. This would create democratization of knowledge and promote democratic participation in society. In seventy years television first became the dominant medium and after 2000 it became intertwined with new digital and social media. With the coming of the internet, the smart phone and binge watching in streaming distribution, the downfall of television was predicted, but that certainly is not reality yet. And not very realistic too, so it is motivated in this book. Television is being redefined in and adjusted to the new media environment.